What a year! This year I am so happy that I have gotten to know these wonderful people better! And gotten to work with them! 🙂 Without them, the Fundraising Career Conference would not have been possible. 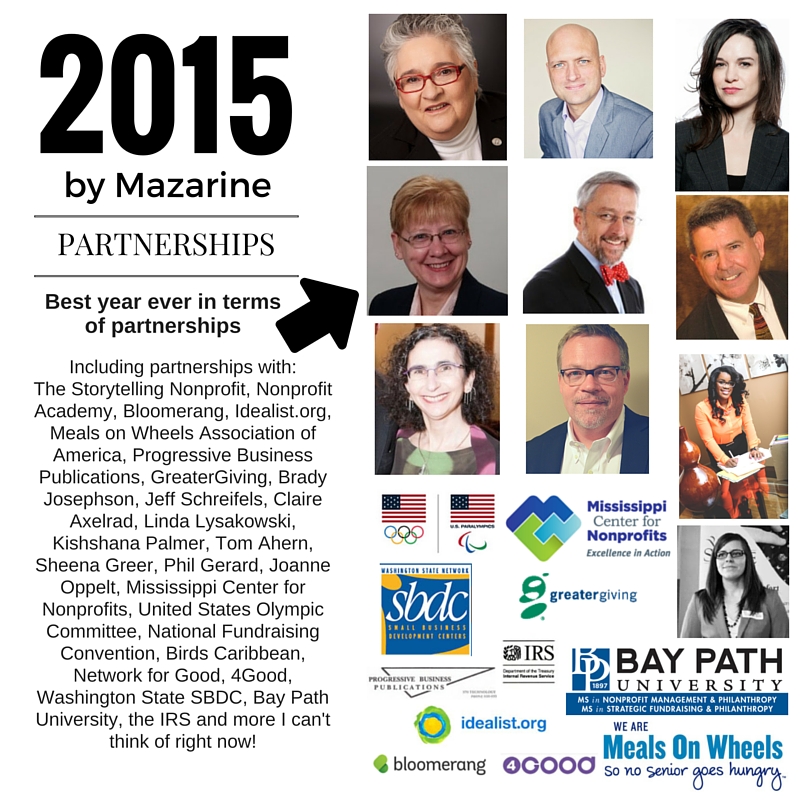 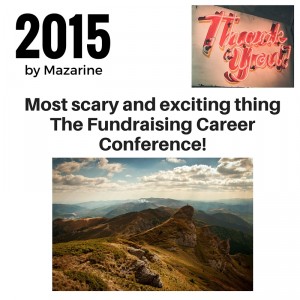 The Fundraising Career Conference was the biggest, scariest and most exciting thing about 2015. I am so happy that it went SO well! Of course there were tons of mistakes but I learned a lot and I can’t wait for next year! 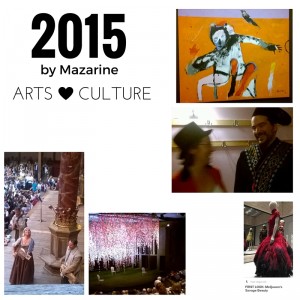 I did so much arts and culture stuff this year! I saw two Shakespeare plays, one in the original globe theatre, and one in the Oregon Shakespeare Festival. Both were just spectacular. I saw the Rick Bartow Retrospective exhibit, which made me SO HAPPY. And I saw the V&A museum, as well as the Tate Modern, and the special exhibition on Alexander McQueen’s fashion. I also went to a dance party in the aerial yoga studio for Halloween, and that was the best Halloween party I have ever been to! 🙂 I also made a fair bit of felt art, did a little painting too. Still working on that! 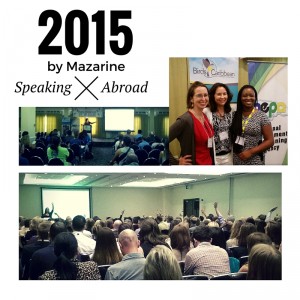 I am really happy that I got to speak abroad so much this last year. I had never been to Jamaica before. It was so fun to present there for Birds Caribbean and really tailor my presentations to their needs! 🙂  I loved being back in London and wandering around to Camden town, the queen’s palace, the changing of the guard, and at the National Fundraising Convention, where I got to speak to tons of fabulously smart people! 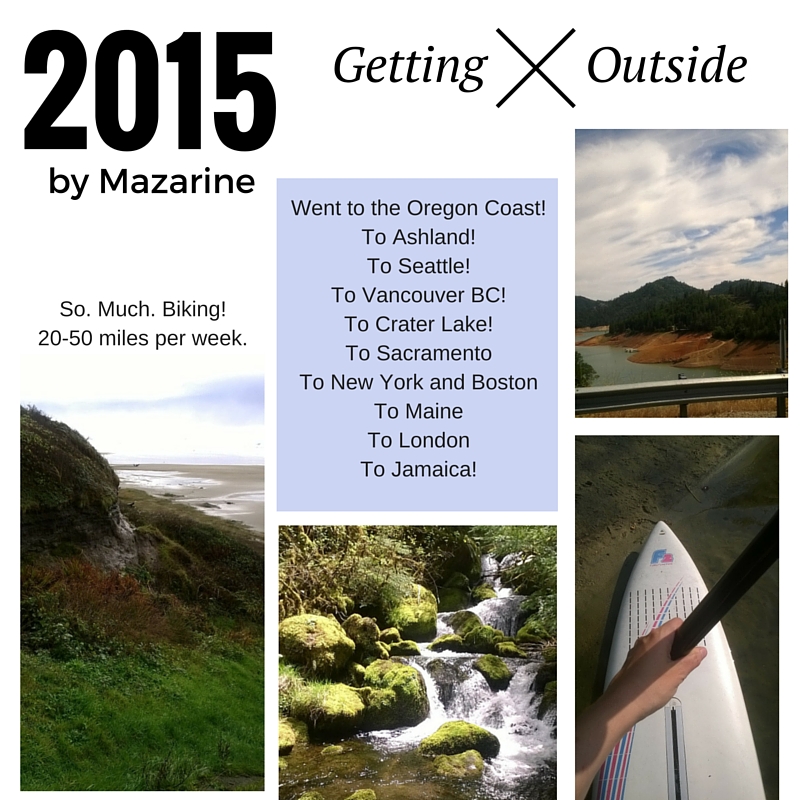 I’m so happy that I got to get outside so much this year. The endless Portland summer meant that I got to bike every week, as well as teach myself how to paddleboard (right before dropping my phone into the lake!) I got out to Vancouver BC twice! Both times were so fun! I also got to go to the beach twice with two of my best girlfriends, drive to Sacramento for my friend Vanessa’s wedding, and go to Ashland and Crater Lake with my mom for her 60th birthday! 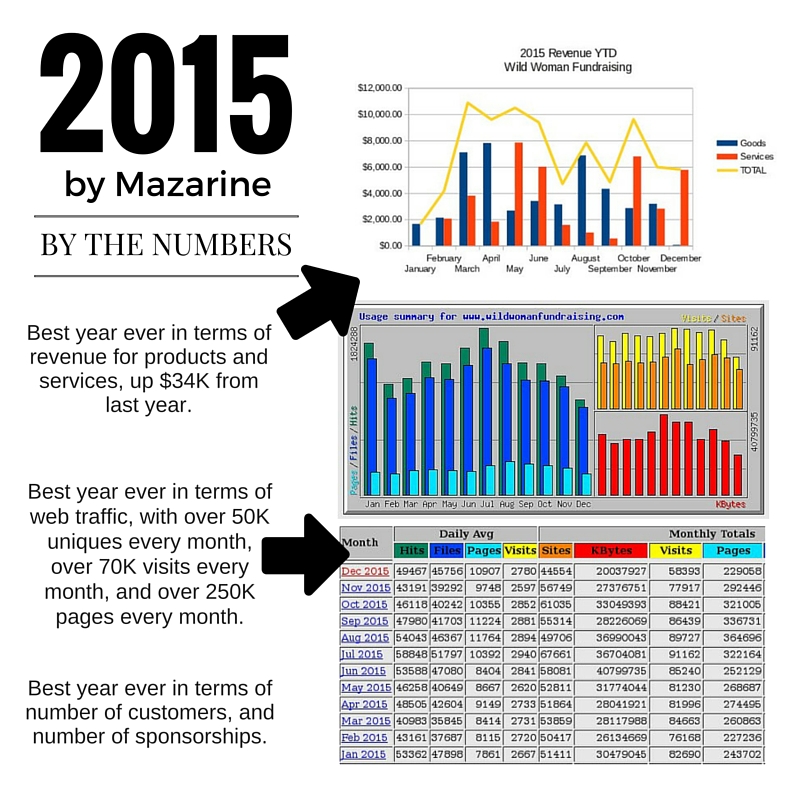 These are the most important numbers of the year. Why? This year marked a turning point for my business where I finally broke through the barrier that most small businesses never cross- the $50,000/year barrier. I also broke through a mental barrier where I thought I could not get sponsorships without a nonprofit behind me. Well, I totally can! My dad says, “We’ll make a republican of you yet!” I don’t think so. 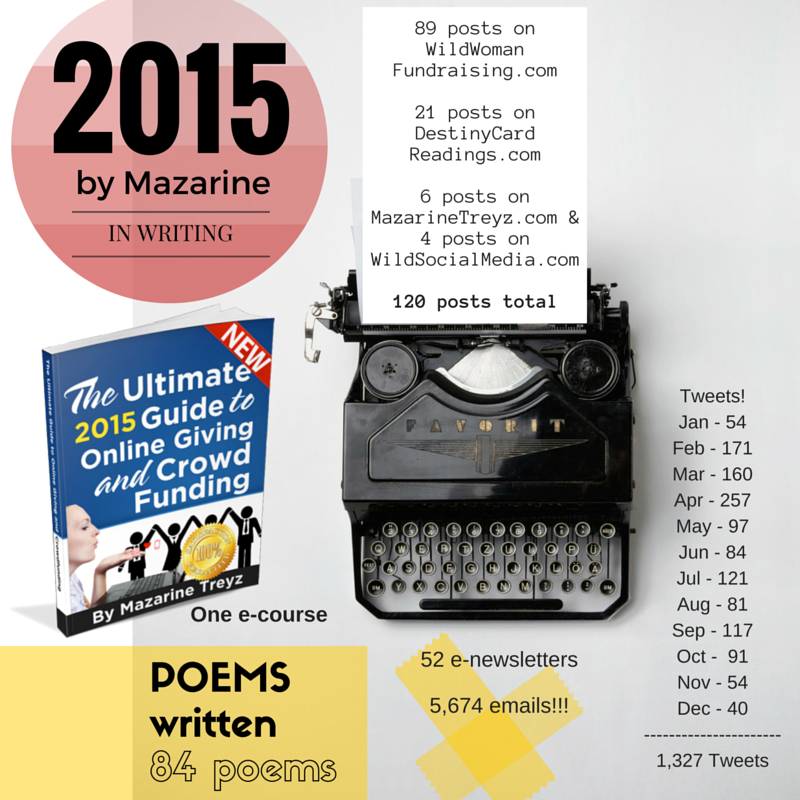 For me, these statistics are significant. I wish I had written 1,000 poems and 1,000 LESS emails. What I learn from this is that I need to get someone to help me with admin emails next year. And also someone to help live-tweet the presenters for the conference so I don’t have to be doing that during the presentations. Why only ONE e-course this year? Because I did master classes instead. And also, I was working on the conference and rewriting the Wild Woman’s Guide to Social Media and compiling the Nonprofit Self Care guide. Both of which still aren’t done. Ahem.

And the next Fundraising Career Conference of course! This one is gonna blow last year’s out of the water! 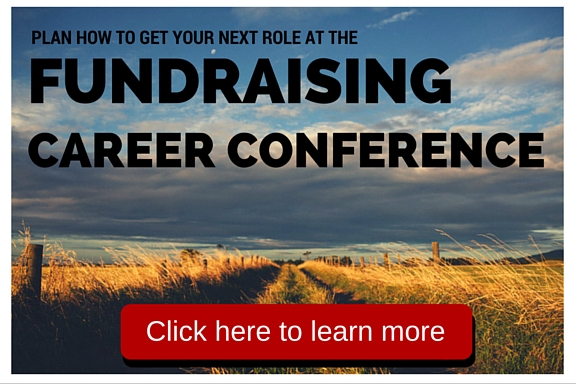 Plus the Next Level Fundraising Conference! 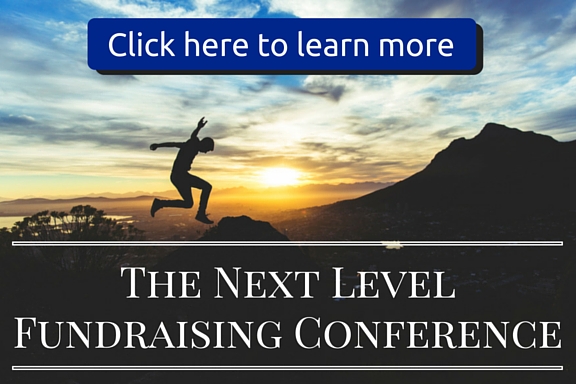