Wow! This last week, I got to speak in London at the Institute of Fundraising’s National Fundraising Convention. I was so pleased when they accepted my proposal, especially since this is my first international speaking gig.

Here’s a picture of the audience, I think there were over 120 people in the room. We had such an engaged group! We talked about how to get people to click donate on your nonprofit website. I asked people to call out their causes and tried to make it relevant in the moment for them. Wished I had more time to talk with people before the presentation, but in the moment I think we got a lot done. 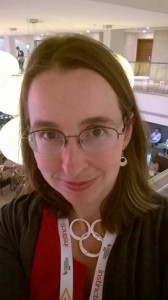 I got to sit with AFP at the Awards banquet, and had some delightful dinner companions, including Rhonda, VP of Education at AFP, and Daryl Upsall, former head of fundraising for Greenpeace. He was FULL of incredible stories! We had so much fun. 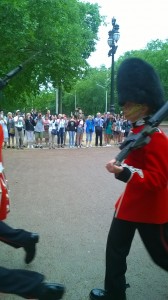 Of course there’s no point in going to London unless you’re going to run around and see things too! On Sunday I took a free walking tour of London, and saw the changing of the guard at Buckingham Palace, Pall Mall, the most expensive street in London, where you can buy a trip into space, and a yacht, if you want to, as well as Trafalgar Square, where we saw a statue of Admiral Nelson, and we finished off at Big Ben, the Houses of Parliament, and Westminster Abbey. 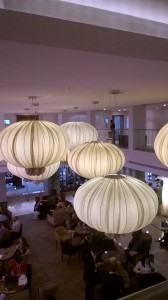 The hotel was gorgeous, right on Edgware road, in the center of everything, near Regents Park, and Oxford Circus. So many shops! I couldn’t help but snap a photo from the second floor, looking down into the first floor. 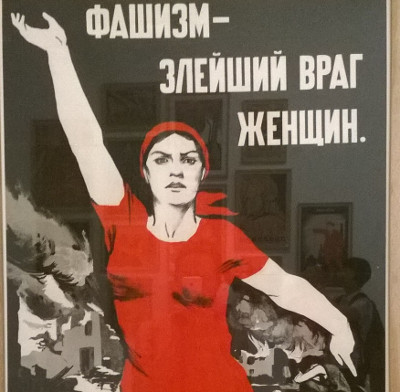 Of course while I was in London I went to see the Tate Modern, where they had an excellent collection of Soviet propaganda. 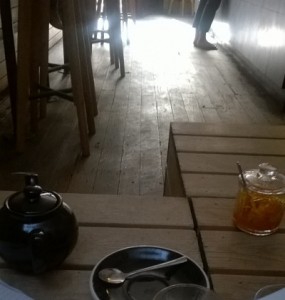 I went to the best coffeeshop in London, Kaffiene, where the owner pays a living wage to all of his employees. I actually got a chance to meet him and say thank you to him for doing the right thing. Of course, he deflected and praised his team, like a good manager, but really, no power on earth could have made him pay a living wage if he didn’t want to. I told him that I went to his coffeeshop specifically because I had heard he paid a living wage in his interview with Neil Ghandi. He said he’s kept his coffeeshop manager for the last five years. And he said, they just opened up a new place not far from the original shop. He encouraged me to go there but I just didn’t have time. 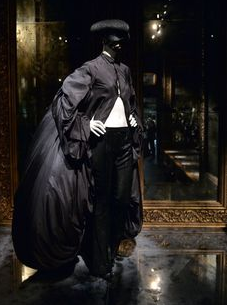 I also went to the V & A museum, which had the one and only retrospective of fashion designer Alexander McQueen. It was breathtaking. They wouldn’t let us take pictures or even sketch inside the exhibit, but I do have a lot of pictures of some of the things I saw. I just never thought I would ever see them in person. It was beyond belief, the genius of this man. I felt like I was holding my breath the whole time I was in this exhibit, as each room revealed new wonders. 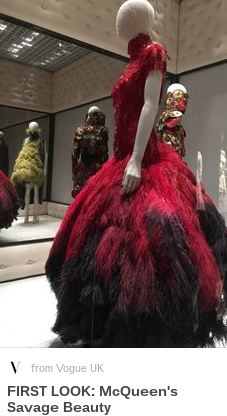 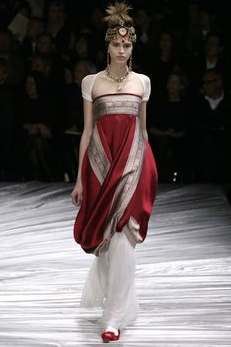 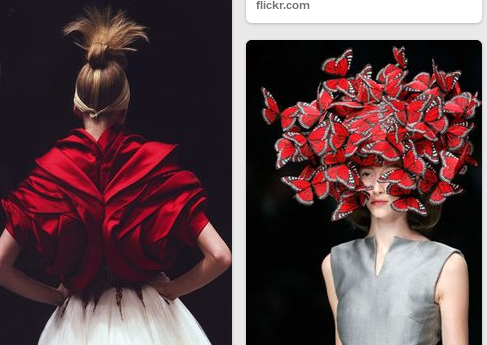 At the very end of the exhibit, there was a section where you could look at the dresses in a lit up case, and then, after looking at them for a time, the case grew dark, and it showed a reflection of the people looking at the fashion, as if to say, YOU are the real fashion.

I don’t remember any other art exhibit doing that. I got goosebumps, I never have had an exhibit touch me that way before.